People who avoid meat consumption tend to have worse psychological health than those who eat meat, according to new research published in Critical Reviews in Food Science and Nutrition.

The study, which did not draw any conclusions about causation, found that vegetarians/vegans were at a greater risk of depression, anxiety, and self-harm.

“Dietary choices have been a powerful indicator of social class and subsequent mate selection (e.g., whom we marry) since antiquity. Consequently, ‘what we eat’ and ‘how we eat’ are integral parts of our identity and directly influence our health via physiological, social, and psychological pathways,” explained study author Urska Dobersek, an assistant professor at the University of Southern Indiana.

“Therefore, given the dramatic surge in veganism and mental illness over the past two decades, a rigorous systematic review was a necessary first step in examining the relations between meat and mental health.”

The researchers reviewed 18 previous studies on the relationship between meat consumption and psychological health (which was narrowed down to depression, anxiety, deliberate self-harm, stress perception, and quality of life).

The studies included 149,559 meat-consumers and 8,584 meat-abstainers from Europe, Asia, North America, and Oceania.

“Vegetarian” can be a fuzzy term. To avoid confusion, the researchers only examined studies that provided a clear distinction between meat eaters and those who abstained from meat.

The researchers found “clear evidence” that those who abstained from consuming meat tended to have higher rates or risk of depression, anxiety, and self-harm compared to those who did not. Less clear was how meat consumption was related to stress perception and quality of life.

“My co-authors and I were truly surprised at how consistent the relation between meat-avoidance and the increased prevalence of mental illness was across populations. As we stated in our conclusion, ‘Our study does not support meat avoidance as a strategy to benefit psychological health,’” Dobersek told PsyPost.

But the causal relationship between avoidance of meat and psychological health is still unclear. Of the 18 reviewed studies, 16 used a cross-sectional design.

The two studies that provided some evidence of causality had mixed results:

“Correlation does not imply a causal relation and we present several explanations for our results. For example:

“There are two major questions that need to be addressed:

“The ‘average person’ does not have the requisite knowledge and training to place the results from a single research project into the larger body of scientific and historical knowledge. I think this reality drives the ‘diet-wars’ and ubiquitous false-facts about nutrition,” Dobersek said.

The study entitled ‘Meat and mental health: a systematic review of meat abstention and depression, anxiety, and related phenomena‘ provides further evidence that because humans are omnivores, it is illogical and potentially unhealthy to recommend “eating a varied diet” followed by a long list of foods, beverages, and nutrients to avoid (e.g., meat, eggs, sugar, salt, fat, fruit juices, cholesterol, etc.). This is especially true, as my co-authors demonstrated, when the proscriptions and recommendations are based on a ‘fictional discourse on diet-disease relations.‘”

So the message to take home is ‘Have a balanced diet during your everyday life! This article was first written by ERIC W. DOLAN and first published on PsyPost. 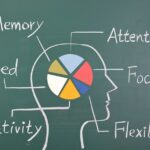 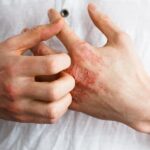 Table of Contents
1 Results
2 Evidence of causality
3 Need for answers
We are looking for writers! Get in touch.