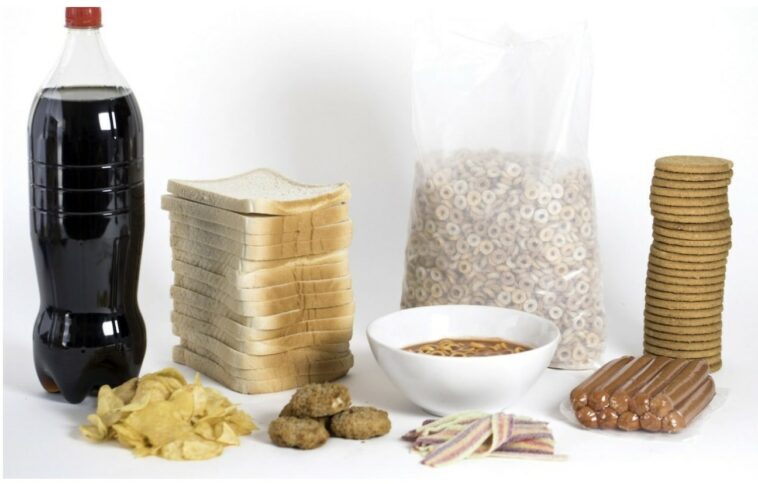 Examples of processed food. Ultra-processed food is ageing our cells and bad for our health.
Share
Tweet
Pin
0 Shares

A growing body of research suggests that cooking our own food could be the secret to a long and healthy life.

Whenever Dr Yasmin Razak sees a healthy patient in their 90s at her London GP surgery, she has a question for them. “I ask what they do to look after themselves. They say every time: ‘I make my own food and I don't eat out'. They either have an allotment or grow food in their garden.“

For anyone searching for the secret to long life, the answer looks straightforward, then. Dr Razak's nonagenarians, who also cite regular walks, do not rely on the convenience foods, takeaways and ready meals that form a staple of so many British diets today.

“It goes back to simple, basic things,” agrees Dr Razak, a diabetes expert and advisor.

A growing body of research into the effects of ultra-processed food on our health would appear to support the idea that cooking our own food matters. According to a study of 900 elderly Spanish men and women carried out by the University of Navarra, the food we now categorise as ultra-processed – everything from frozen pizzas, hotdogs, chicken nuggets and instant noodles, to chocolate bars, fizzy drinks, sweetened breakfast cereals and flavoured yoghurts – appears to age the body as well as increasing the risk of conditions such as obesity, diabetes and heart disease.

As consumption of ultra-processed foods increased and consumption of fresh food decreased, the likelihood of having shortened telomeres rose dramatically, the researchers found. Short telomeres indicate biological changes at a cellular level and are associated with ageing.

In short, the findings suggested the modern diet was likely to be causing the cells to age faster, said the authors.

Those eating the most ultra-processed foods were also found to be more likely to have a family history of heart disease and diabetes. Depression, high blood pressure and mortality were linked with high consumption of them, too.

Separate research in 2018 suggested UK families bought more ultra-processed food than those in any other European country. This study, led by Professor Carlos Monteiro from the University of Sao Paulo in Brazil, found 50.7 per cent of the British diet was ultra-processed. This, despite our notion that we've become a proud nation of foodies.

So how did we get here? And how worried should we be?

Modern processed food has a long history. From preserving it in cans (a technique invented almost 200 years ago) to pasteurising it (a process discovered in 1864), we have continually sought ways to keep comestibles fresh, attractive, safe and tasty.

But during the second half of the 20th century, a new type of food crept into western diets: that was made mostly or wholly from substances “extracted from foods or derived from food constituents.” This food commonly contains ingredients you wouldn't have in your own kitchen cupboard: things like sweeteners, preservatives and colourings. It typically goes through multiple processes in the factory.

It's quick, it's moreish – and it's everywhere. It's the mass-produced sliced bread you stick in the toaster each morning; the ham in your workday sandwich; the biscuit with your afternoon tea. It's the supermarket ice-cream you enjoy at the weekend; the carbonated drink you grab on the go. It's hard to avoid and, eaten in large quantities, it's apparently doing us untold damage.

The problem is it makes our lives easier. “Cooking from scratch is more labour intensive,” says Sam Bilton, a food historian. “So with women going into the workplace, it's not surprising it took hold as it did. If you had to hold down a job and look after kids then it was a godsend.“

Other societal advances came into play, too. In 1970, only three per cent of Britons owned a freezer. By 1995, more than 96 per cent of households had one. The first domestic microwave oven was sold in the UK in 1974. Today, they are ubiquitous.

These technologies allowed for the storage and quick reheating of mass-produced, highly processed food, developments that have been credited with liberating women from the kitchen.

But at what health cost?

Last year, a study of 45,000 middle-aged people led by Paris-Sorbonne University found that every 10 per cent increase in intake of ultra-processed food was linked to a 14 per cent increased risk of death within the next eight years. This was the first major investigation connecting high consumption of processed foods to higher overall mortality rates.

The findings were attributed to the fact they tend to be energy-dense, rich in refined carbohydrates, saturated fats and salt, and contain low dietary fibre – features associated with various life-threatening diseases.

The researchers also raised concerns about the industrial processes these foods undergo, and the “potential harmful health consequences of newly-formed contaminants or food additives.”

Says Dr Razak: “People don't tend to eat them in moderation because they are often high in carbohydrate and so don't fill you up. The body craves more, so it becomes a vicious cycle.

“The answer is obvious: eat more fresh food. But why is it people aren't able to do that? That's the discussion we need to have.

“It may not be affordable or accessible, and it's not as easy for people who haven't cooked before to know how to cook. People have very busy lives. We don't sit around the table as much as we used to, we might eat in front of the telly.“

But for Anthony Warner, the self-styled Angry Chef and food writer, the case against ultra-processed food is less clear cut. Just because those who eat more of them have worse health outcomes isn't proof the food itself is to blame, he argues. Correlation, in other words, is not causation.

“I can think of all sorts of factors that would influence it, including socio-economic [ones],” he says. “It's not to say there's not a problem with certain types of processed foods, but to lump them all together I think is ridiculous and unscientific.“

Instead of demonising food people turn to often because they're busy or poor, or perhaps less able to cook for themselves due to old age or disability, we'd be better off trying to understand their reasons for doing so, he suggests.

“We look at the lifestyle of people who are healthier and assume that if we translate that on to people who are less healthy then they'll magically become healthier. That ignores things like public health inequalities.”

It's perhaps too soon to say if the tide has started to turn. Many of those who, pre-pandemic, lost several hours of their week to commuting say working from home has given them more time to cook healthy meals from scratch.

On the other hand, in-home consumption of crisps, chocolate and biscuits also increased during lockdown.

There is no consensus regarding the responsibility of the individual, as opposed to the role of government in changing behaviour by nudging, legislating and taxing, or how much we should blame the food industry.

Dr Razak believes the role of the health service meanwhile needs to change from just treating illness when it happens to focusing more on preventing it.

So doctors need to promote healthier lifestyles, including cooking our own meals from scratch? “Yes, that is 100 per cent our role,” she says.

“There are cheap options for quick, nutritious, healthy foods. A stir fry takes 10 minutes. We say it's hard but maybe we make it hard. We say people are too busy, but we're rushing now only to die younger.

“I think what people don't realise is eating more healthily gives them their time back later, in the form of a longer life.“ 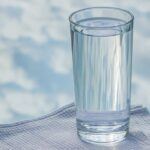 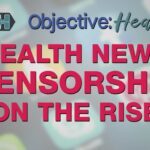 Table of Contents
1 So how did we get here? And how worried should we be?
2 But at what health cost?
We are looking for writers! Get in touch.