Where do dreams come from? It's an age-old question, something people have been wondering and theorising about for millennia.

Whereas ancient civilisations may have interpreted dreams as having supernatural or spiritual origins, in modern society, we're more likely to analyse our dreams in terms of our waking life, looking for meaningful connections linking the content of dreams with lived experiences from our day-to-day existence.

“Research has repeatedly provided strong support for what sleep scientists refer to as the ‘continuity hypothesis of dreams‘: most dreams are a continuation of what is happening in everyday life,” researchers led by computer scientist Alessandro Fogli from Roma Tre University in Italy explain in a new study.

These psychological theories date back to the work of Sigmund Freud and others in the 20th century, who spearheaded the notion that the hidden meanings of dreams could be unlocked when examined within the context of a person's real-world experiences.

In contemporary dream analysis, therapists attempt to help patients interpret their dreams, via the use of dream reports, looking for clues, symbols, and structures that might correspond with other parts of the dreamer's life.

One of the most well regarded systems for interpreting dream reports is called the Hall and Van de Castle system, which codifies dreams in terms of the characters that appear within them, the interactions these characters have, and the effects these interactions subsequently have on the characters, among many other concepts.

One problem with the system however, is that it can be a slow and time-consuming process to manually sift through dream reports to identify these elements, which is why sleep scientists these days are continually looking into algorithmic solutions that can automate the task of recognising and annotating dream content in terms of the Hall and Van de Castle method.

In their new study, Fogli and his team have come up with a new way of doing this – one which they used to track people's dreams on a vast scale, analysing a set of 24,000 dreams from a giant public database of dream reports called DreamBank.

“We designed a tool that automatically scores dream reports by operationalising the widely used dream analysis scale by Hall and Van de Castle,” the researchers explain.

“We validated the tool's effectiveness on hand-annotated dream reports … and tested what sleep scientists call the ‘continuity hypothesis' at this unprecedented scale.“

“These three dimensions are considered to be the most important ones in aiding the interpretation of dreams,” the team writes, “as they define the backbone of a dream plot: who was present, which actions were performed and which emotions were expressed.“

When they compared the output of their language processing tool against hand-annotated notes of dream reports written by dream experts, the results matched about three-quarters of the time; not a perfect score, but a promising signal that suggests technological developments like this could lead to new kinds of breakthroughs in dream research.

The researchers also found in their data evidence to support the continuity hypothesis – the notion that dreams are a continuation of what happens in everyday life. According to the researchers, the dream reports contained various “statistical markers” reflecting what the dreamers likely experienced in real life.

You can explore facets of their analysis, all based on the dreams of real people, at this website, which replicates data from the project.

While it's far from being the last word on what our dreams really mean and where they come from, the researchers say approaches like this in the future will make it easier to quantify important aspects of dreams, and could even make it possible to “build technologies that bridge the current gap between real life and dreaming”. 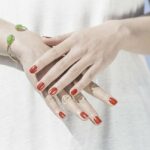 Table of Contents
1 The Hall and Van de Castle system
2 The new study
3 New data support the Continuity Hypothesis
We are looking for writers! Get in touch.