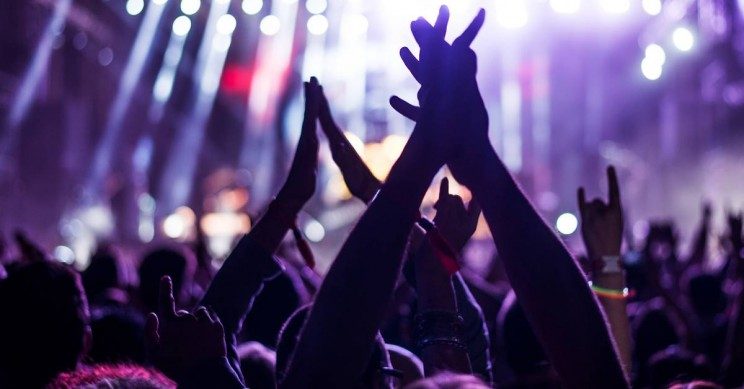 When a concert opens with a refrain from your favorite song, you are swept up in the music, happily tapping to the beat and swaying with the melody.

All around you, people revel in the same familiar music. You can see that many of them are singing, the lights flashing to the rhythm, while other fans are clapping in time. Some wave their arms over their head, and others dance in place.

The performers and audience seem to be moving as one, as synchronized to one another as the light show is to the beat.

A new paper in the journal NeuroImage has shown that this synchrony can be seen in the brain activities of the audience and performer. And the greater the degree of synchrony, the study found, the more the audience enjoys the performance.

This result offers insight into the nature of musical exchanges and demonstrates that the musical experience runs deep: we dance and feel the same emotions together, and our neurons fire together as well.

In the study, a violinist performed brief excerpts from a dozen different compositions, which were videotaped and later played back to a listener. Researchers tracked changes in local brain activity by measuring levels of oxygenated blood.

Data for the musician, collected during a performance, was compared to those for the listener during playback. In all, there were 12 selections of familiar musical works, including “Edelweiss,” Franz Schubert's “Ave Maria,” “Auld Lang Syne” and Ludwig van Beethoven's “Ode to Joy.” The brain activities of 16 listeners were compared to that of a single violinist.

All the musical pieces resulted in synchronization of brain activity between the musician and listener, but this was especially true of the more popular performances.

Interbrain coherence was insignificant during the early part of each piece and greatest toward its end. The authors explained that the listener required time to initially understand the musical pattern and was later able to enjoy the performance because it matched that person's expectations.

Synchronous brain activity was localized in the left hemisphere of the brain, to an area known as the temporal-parietal junction. This area is important for empathy, the understanding of others' thoughts and intentions, and verbal working memory used for expressing thought. It may function in the retrieval of sounds and patterns that give rise to musical expectations.

But it is the right brain hemisphere that is most often associated with interpretation of musical melody — in contrast to the left hemisphere, which is specialized for the interpretation of speech. In the right hemisphere, synchronization was localized to areas involved in recognizing musical structure and pattern (the inferior frontal cortex) and interpersonal understanding (the inferior frontal and postcentral cortices). These sites also involve “mirror neurons,” brain cells that are thought to enables a mirroring or internalization of others' thoughts and actions.

Mirror neurons both control movement and respond to the sight of it, giving rise to the notion that their activity during passive observation is a silent rehearsal for when they become engaged in active movement. They were once thought to be a biological substrate for mimicry and, more importantly, empathy — the source of our understanding of the actions and intentions of others.

Mirror neurons have been faddishly implicated in everything from autism to substance abuse. Nevertheless, nerves that control movement are generally involved in perception as well. And this arrangement is especially true of music, in which physical movement emphasizes melodic gesture or follows a rhythmic beat.

Indeed, the auditory cortex enlists other regions of the brain that control movement, showing an innate connection between movement and our understanding of music. No wonder you and your fellow concertgoers dance and move to the music. It is your way of comprehending the music and participating in the encounter.

Because music is a group endeavor, it is often used as the context to study coordinated brain function. Synchronized brain responses among music listeners have been measured by functional magnetic resonance imaging (fMRI) in some studies, while other researchers have examined the coordinated actions of performers by tracking the electrical activities of their brain using electroencephalography.

And it not only followed the degree of concordance in brain activity among these individuals during a musical encounter but also examined how that concordance was related to musical enjoyment. The brain activity of that person playing air guitar at your concert is closer to that of a true performer than you might have realized.

The various methods used in exploring these relationships have their advantages and shortcomings. For example, the new paper used a technique called functional near-infrared spectroscopy (fNIRS) — which measures the flow of oxygen-rich blood — and it cannot penetrate the brain to investigate deeper structures as well as fMRI does.

The major advantage of fNIRS is that no large, expensive instrument is needed so subjects are comparatively unconstrained when they are tested: it would have been impossible for a violinist to play in an MRI machine.

It is remarkable that the observed degree of synchronization between the performer and audience was connected to enjoyment of the music. Such pleasure could provide a powerful means by which music promotes positive social behavior.

The pleasantness of music has been attributed to synchronization of electrical activity in the right hemisphere of the brain. Music commands greater attention when it is pleasant, which could contribute to one's feeling of being swept away when listening to a favorite piece.

While the authors of the NeuroImage paper suggest that the audience's enjoyment was linked to the music matching pattern expectations, other studies have shown that surprise is associated with the greatest degree of musical pleasure. Remarkably, even sad music can bring great enjoyment.

For example, Mimì's illness and death in the opera La Bohème is filled with tragic sadness, endless regrets and lost opportunities for redemption, but the music ultimately leads the audience to a bittersweet sense of transcendence.

Whether encountered as a sole listener of a recorded artist or as part of a packed audience before a full orchestra, music is a shared experience that integrates our intellect, emotions and physical movements. We tap to the beat together and sway in unison to a melody.

The experience challenges our cognition to recognize patterns and excites us with pleasure when it surprises us. And we can even enjoy its expression of sadness. Music unites these processes within us and among and between audiences and performers. 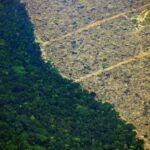