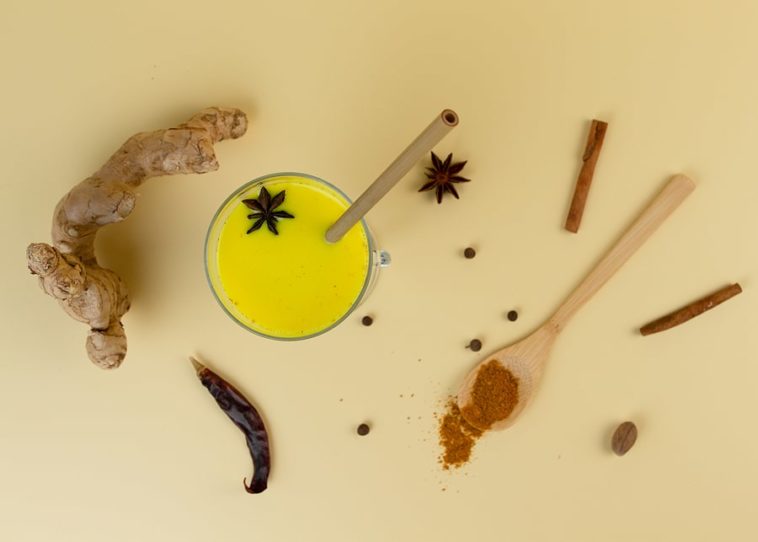 If you are aiming to improve your health and immune system, don't ignore your body at a cellular level. Most chronic diseases start with tiny inflammations. If left unchecked, they become bigger inflammations that cause health problems that can be more difficult to heal. So, it's always best to prevent inflammation before it takes hold.

Here we'll share our seven best anti-inflammatory herbs to fight inflammation with ideas about how to get more of them into your body.

These common herbs and spices may already be in your spice rack or growing in your garden, which means you can boost your health with your next meal with anti-inflammatory foods.

Chronic inflammation can be managed with a healthy anti-inflammatory diet filled with whole foods. You can enhance the effects of these foods by adding some inflammation-fighting spices.

Here is our list of seven anti-inflammatory herbs to fight inflammation with ideas on how you can get more of them into your body every day.

7 Spices and Herbs That Fight Inflammation

Turmeric has a multitude of health benefits with its anti-inflammatory properties. It has compounds that are known inhibitors of the enzyme that speeds up inflammation production.

Ancient medicines like Ayurveda have used Turmeric to treat arthritis for centuries due to its many anti-inflammatory benefits. Now, science is catching up what to what holistic medicines have known for a long time – Turmeric really does have compounds with anti-inflammatory properties.

These compounds are known as curcuminoids, and the most important active ingredient in turmeric is curcumin. It is well-known for its potent anti-inflammatory effects and is also a very powerful antioxidant.

Turmeric is a little difficult to handle if you don't know what you're doing, though. It is not a very body-accessible spice on its own.

Add a pinch of black pepper

So, to make it more accessible, you will need to mix it with something else, and this tends to be where people who never worked with it before mess up. Black pepper is an extremely popular choice since studies have found that it increases turmeric's anti-inflammatory properties in astronomical ways.

When mixed with black pepper, turmeric can become spicy, which is a problem for many people and a claim to fame for others. If you find black pepper makes it a little much to handle, try drinking it with milk, which will cut the spice down. There are also capsules that are easily absorbed and you won't taste a thing, but where is the fun of that?

How to consume turmeric

You can consume turmeric in soups and smoothies, or mix it in with rice. Its beautiful color will add interest to something as simple as a bowl of rice. Turmeric is also very popular in curries and frittatas, and also makes a very nice, warm, earthy tea. It can also be used in salad dressings or marinades for your meat of choice without becoming an overpowering ingredient.

If you do decide to supplement Turmeric, look for one that contains Piperine, which will increase its effectiveness to reduce inflammation.

The redder and firmer the pepper is, the more capsaicin is present.

Cayenne plants are a member of the nightshade family used for a very long time for a variety of purposes. While some people are a little leery of cayenne, it's still should be a staple in your spice rack.

The active compound is Capsaicin

Cayenne's most active compound is capsaicin which is a multipurpose compound. Native Americans were the first to use it as an anti-inflammatory spice and for sprains. But India and China have also made use of it for digestive issues.

Nowadays, you can find it in pain relievers due to capsaicin's unique ability to deplete a nerve cell's “pain chemical” within a few minutes of contact. The studies are still out, but there is some support that cayenne can boost your body temperature, making it also easier to lose weight.

How to consume cayenne

When you are working with cayenne peppers, you want to go as spicy as you can take it. Tasting is very likely not an option when shopping for the powder or the pepper. If you are looking for a pepper high in antioxidants pinch it gently, as the redder and firmer the pepper is, the more capsaicin is present.

Cayenne peppers are a wonderful addition to any dish calling for chilies. It can be sprinkled in drinks like lemonade to actually boost the citrus taste. This spicy pepper shows a little bit can go a long way in cooking, and will also perk up many a bland dish.

Ginger is yet another ancient Asian medicine known for its unique taste and pretty color. While not spicy like the previous two, ginger gives off a naturally sweet heat that will get you in the aftertaste if you aren't careful.

Ginger's anti-inflammation properties are gingerols which are especially potent for joint pain. It has been proven to be competitive with most over-the-counter NSAIDs, like Aleve or Tylenol, and in a few cases even more potent.

How to consume ginger

Ginger is excellent in tea or in a variety of dishes. Several people also like to peel it, cut them into bite-sized pieces, pickle them in sweet sherry, and then eat it like candy.

Make note that if the ginger that comes with your sushi is pink, it is artificially sweetened and dyed.

Besides being known for its anti-inflammatory properties, Cinnamon helps your body fight infections and repair tissue damage.

Its active compound is also amazing for heart health as well. Something about cinnamon is linked to making red blood cells a little less “sticky”. This means platelets are far less likely to form clots with extended exposure. Cinnamon can also seek and destroy abnormal cells in the body, which may mean that it's an effective, tasty anti-carcinogenic.

How to consume cinnamon

Cinnamon is so delicious it will be really easy for you to use it more often. It brings out unique tones in chocolate and vanilla flavors, adds an interesting dynamic to dairy, and is the defining flavor of many pies. Try adding one tablespoon to your smoothies or stir it into your morning oatmeal.

Note: Cinnamon is known to help lower blood sugar. If you suffer from diabetes and concerned about your blood sugar levels, you should consult your doctor first. 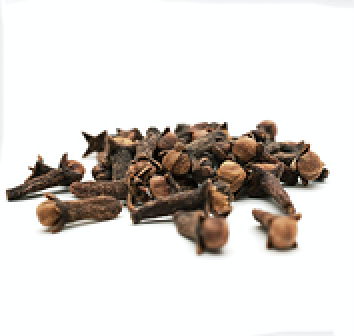 Cloves can fight inflammation, but they can also kill bacteria.

Clove oil is so potent that it used to numb exposed nerve endings in your teeth until you can get to a dentist. And it only takes the amount that you can soak with a Q-tip! Take a moment to imagine what it can do once inside of you and part of your bloodstream.

Clove's ability to control free radicals (the usual culprits when it comes to inflammation) and eliminate them is second to none to reduce inflammation.

How to consume cloves

It is best and likely the cheapest to buy your cloves whole and grind them as needed at home. Keep in mind that clove oil tends to cloud plastic, so try for an all-metal grinder or use an old one to prevent any physical “damage” you might cause. In fact, the oil potent enough to be tasted if you grind something else after, so try to invest in a grinder that is only for cloves.

Cloves are popular in autumn and winter recipes. Pumpkin pies, mulled ciders and wines, sweet potatoes, squashes, gingerbread, all use cloves in their recipes.

You can also pop a few whole cloves into your mouth and suck on them, to curb hunger and freshen your breath.

Sage targets neurologically based conditions caused by inflammation, such as Alzheimer's.

Sage works on a much finer scale than most herbs on this list. It targets neurologically based conditions caused by inflammation, such as Alzheimer's. Its focus seems to be on brain tissue, as it increases concentration and memory while relieving anxiety.

Sage also contains camphor, which is an effective antibacterial and antifungal, though nowhere near to the level of clove. It does have cloves beat on the antiviral factor, greatly reducing symptoms of the common cold as well as helping with influenza.

There are a wide variety of sages out there, but when it comes to cooking, you are looking for culinary “sage.” If you want to try a different kind of sage, try the aromatic and savory white sage, which has a nice peppery taste.

How to consume sage

Sages are especially nice to add to meat dishes, as the flavor tends to meld nicely with gamely flavors. It is excellent with chicken, and if you use it with parsley, garlic, and butter, makes a delicious spread on bread. Squashes also pair well, especially butternut squash.

The free radical, Superoxide doesn't stand a chance against rosemary.

Rosemary is sage's cousin and shares many properties with it. It contains a chemical called Rosemarinic Acid, which is largely responsible for its taste and wonderful smell.

Superoxide, a potent free radical associated with chronic inflammation, doesn't stand a chance against cooked rosemary. The raw herb, though a bit overpowering to some, is also extremely beneficial against pancreatic cancer and hemorrhoids (yet another inflammation-caused condition).

Rosemary can also help prevent inflammation from spreading to other cells. Its oil is great for memory (“rosemary, that's for remembrance” is a quote from Hamlet. This shows how long rosemary has been used for improving memory.

How to consume rosemary

Use rosemary in casseroles, soups, and stews with chicken. It also delicious in grains, and goes well with potatoes, mushrooms, onions, spinach, and peas.

While fresh sprigs of rosemary are much better for you, they might prove to be a little hard to find. The dried leaves are far more common and should be kept in a dry, cool space. Heat might begin the process of releasing the oils early, making it lose its desired effect a little prematurely.

Overcooked rosemary also tends to get extremely bitter. This is easily prevented by storing it as far away as possible from your stove.

Honorable Mention: Garlic just barely failed to make the list. It's comparable with cloves in the antibiotic department, and an excellent choice for your arsenal against inflammation. 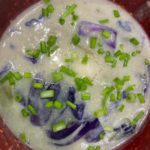 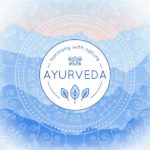 Discover The Most Natural, Chemical-Free Way to Lift Up Your Face!